Everyone has always thought that the light strip is connected to the controller and then controlled by remote control to change the color, a single function.

Some people will ask, is there any other control method? How can we make the light strip smart?

Let the light strip become “smart”, there is a smart plug, which can help you turn it on and off by smartphone only. But it does not let the strip become smarter.

Today, we will introduce an item to make your LED strip become smarter, It is WiFi LED Controller. Then it would help if you had 12V LED strip lights.

When you connect the WiFi LED Controller to the 12V LED strip lights, it is safe because it is driven by a 12V transformer and is powered by low voltage. 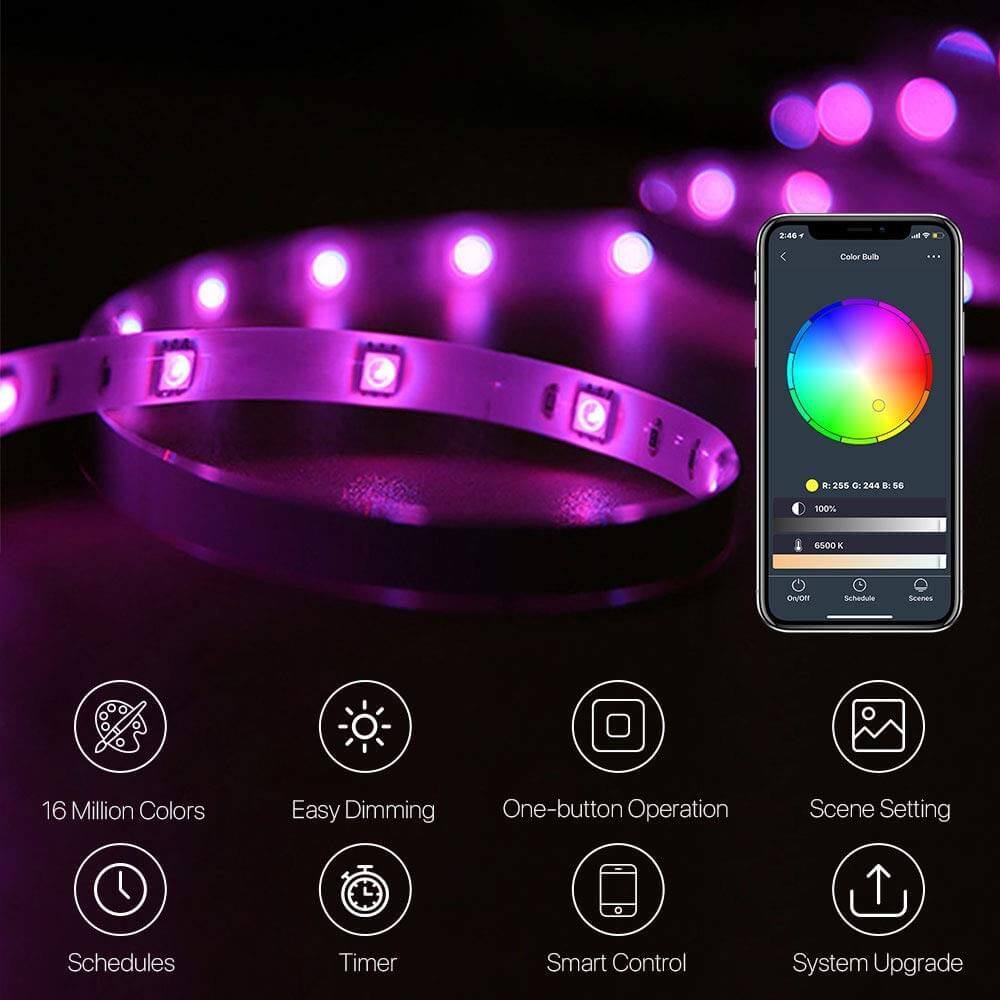 How to connect the light strip with LED Controller?

Once the strip light is powered on, it automatically flashes red, green, and blue.

First, scan the QR code to download and arrange the free APP.
Follow the instructions, perform the relevant operations on the APP, create an account, scan your home WiFi, and let the RGB WiFi Controller connect to your home WiFi.

Once the RGB LED controller is connected to the light strip, you can make your RGB light strip smarter.

There is a microphone setting in the APP; the LED strip will immediately “react,” which is too cool when speaking into the microphone.

Play music on the smartphone. The LED strip will be seven colors alternating with the rhythm of the music pulsating. 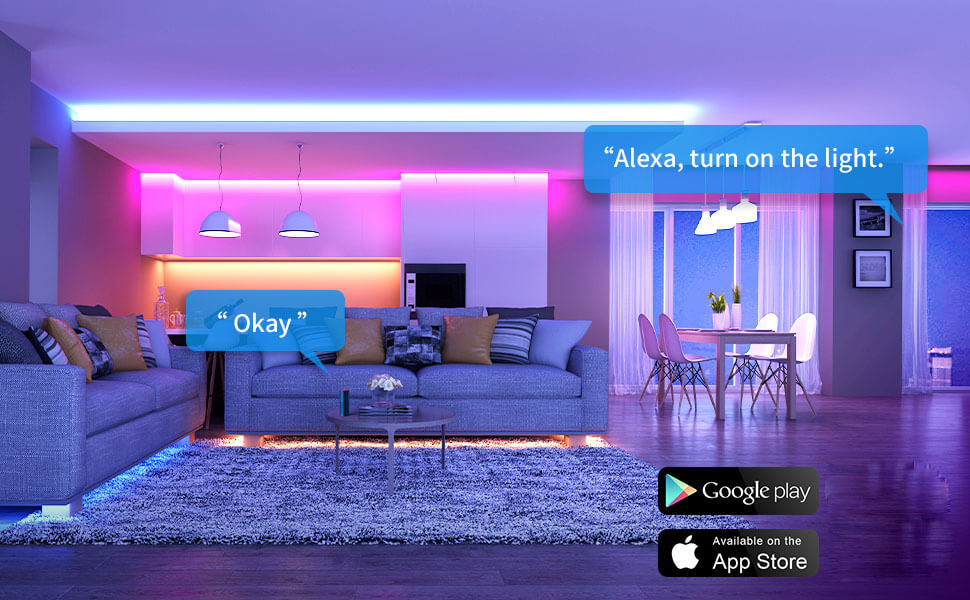 Many buyers like this voice function; just send voice commands, you can control the lights strip, really free up your hands.

All of the above features must be connected to the RGB LED controller to achieve, and there are many features you will not expect; I am sure you will enjoy it.

It is safe to use a 12V LED strip light. Installation and usage should be done according to the manufacturer’s instructions; for example, indoor strips should not be installed for outdoor use.

. How long can LED strips be lit?

LED strips can be lit continuously for several hours. They will get a little hot on the surface, but since they are operated by a transformer, they will not overheat so you can rest assured.

. Do LED strips have to use a transformer to work?

Low voltage LED strip lights must be driven by a transformer to be used, such as 12V/24V. 12V LED strips are usually used for home decoration, are easy to install, and do not need to be installed by a person with the relevant safety operation certificate.

LED strips are compatible with dimmers, which was the old way of using them.

The latest use method is that the light strip is connected to the WiFi LED controller. Then it will be possible to achieve many intelligent functions, such as dimming, adjusting the brightness, control by APP, etc…

. Where to install the LED strip light to create ambient light?

The best place to install it is on the living room ceiling, under the cabinet or counter, behind the mirror in the bathroom, on the back of the furniture, etc.

. How long does the LED strip light last? 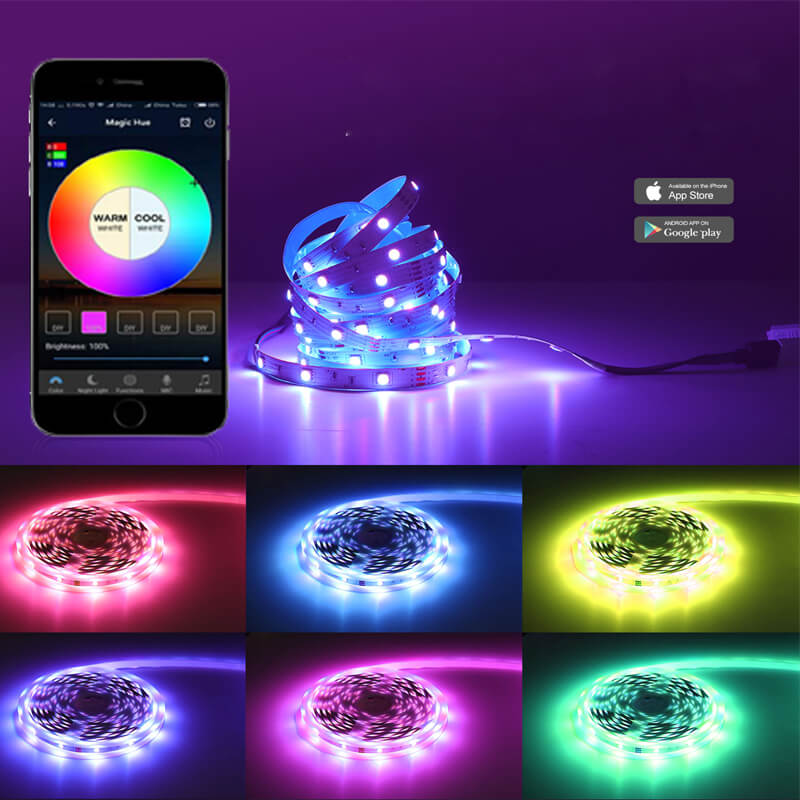 How to Control LED Strip Light with Alexa?

How to fix Your RGB LED strip lights not working?