The quality of smartphone photos can now be comparable to professional cameras, such as Apple phones and Huawei phones. One of the factors that have improved the quality of smartphone photos is the inclusion of the new RGBW sensor technology. This technology has greatly improved the amount of light intake when taking pictures. Here is some information about the RGBW array sensor.

The new RGBW sensor can improve sensitivity while avoiding color cast problems. The 13-megapixel RGBW sensor was used in the Huawei P8 phone released back in 2015, and Huawei claimed at the time that it improved the brightness of photos by 32%, reduced color noise by 78% in low-light conditions, and improved light intake by 40% compared to traditional array sensors. The new RGBW array sensor is now available, claiming a 160% increase in light intake.

RGBG is the working principle of the traditional Bayer sensor. Just as our human eyes have multiple cells that perceive different frequencies of light, cell phone camera sensors also have RGB pixels of three different colors. It involves how to arrange the three RGB pixels. The first to propose a red, blue, and green pixel arrangement to simulate the human eye’s perception of color in nature, hence the name RGBG, also known as Bayer Array.

How does RGBW increase the amount of incoming light?

RGBW is the abbreviation of red, green, blue, and white, while R is the red pixel, G is the green pixel, B is the blue pixel, and W is the white pixel.

In addition to the smartphones we usually use, many items in our lives are divided into RGB or RGBW, such as light strips, and controllers.

RGB’s color-changing method is mainly used by the control IC to generate PWM (pulse width modulation technology) or can also be an analog Level signal to control the output current of each way and achieved.

The three base color LEDs are lit by two LEDs. It can be issued yellow, purple, cyan (such as red, blue two LEDs lit purple light); if the red, green, blue three LEDs lit at the same time, it will produce white light. If there is a circuit to make red, green, blue LEDs are lit two by two, lit separately, and three primary color LEDs lit at the same time, he will be able to send seven different colors of light, so there is a seven-color LED lights of this phenomenon.

Color-changing lights are composed of red (R), green (G), blue (B), three primary color LEDs. Two-color LED is very familiar to us. Generally consists of red LED and green LED. It can emit red light or green light alone. If the red light and green light at the same time when the bright spot, red and green light mixed into the orange-yellow. 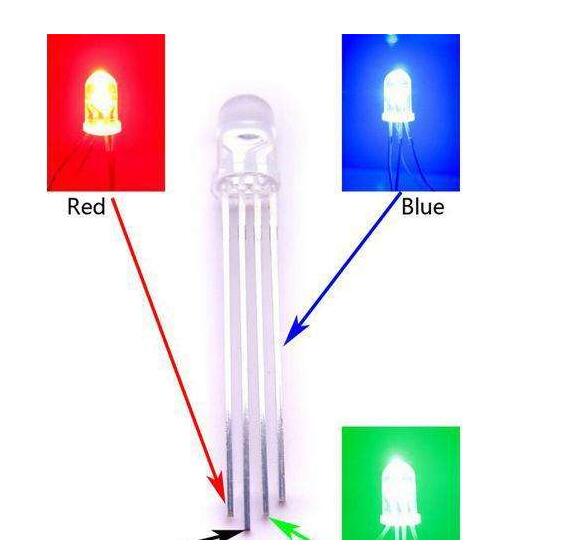 The LED Strip controller control the working principle of the color change of the light strip.

LED lights use white (including cold white and warm white and other kinds of lighting white light), red, green, blue (R, G, B), four basic colors of LED bead chips. These bead chips in various forms of packaging. Each group of colors can be used separately and individually and are connected to the driver circuit and microcontroller.

Users can control the red, green, blue (R, G, B) three LED beads chip according to the optical principle. Three primary colors approximate the color of light visible to almost all eyes.

Users can be connected by remote control or wired button on the lamp, white, red, green, blue (R, G, B) four-color light beads chip into the brightness adjustment.

General use of LED lights to achieve color change in two ways:
1, The use of a variety of color chips (generally red, green, blue), the circuit is controlled separately with IC, you can achieve a single color change, water, and other effects.

2, The use of LED Strip controller control, RGB mixed-light, can achieve red, orange, yellow, green, green, blue, purple, and white light, such as more than 30 colors, with water, horse, flashing, fading, and other effects. 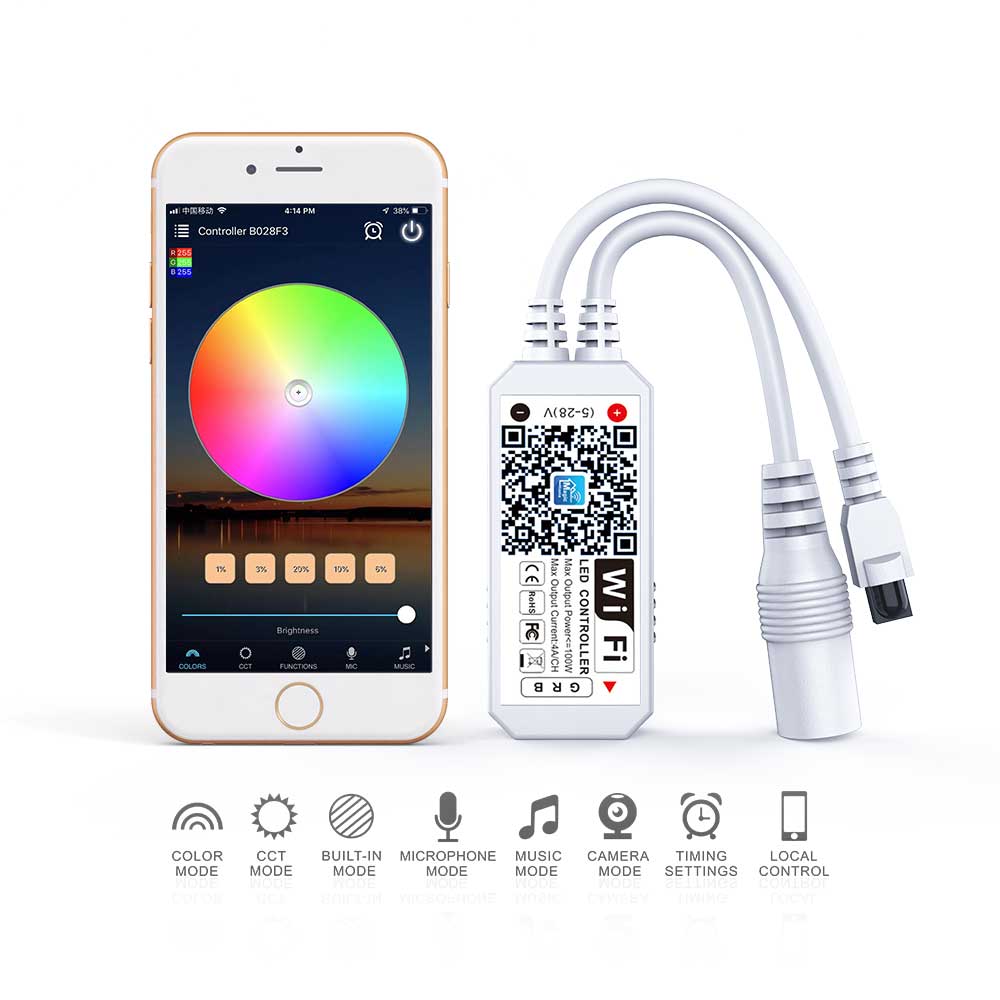 Take Smart LED Strip controller for example, connected to the light strip, can generate a variety of lighting effects mode data through the smartphone, making the transformation effect of the light richer. There are 16 million different colors to choose from, breaking the traditional RF / IR controller, can only choose more than 30 kinds of color limitations. 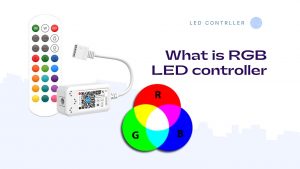 What is RGB LED controller? 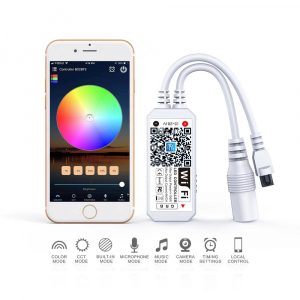 What is a smart LED controller? 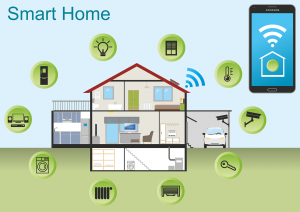